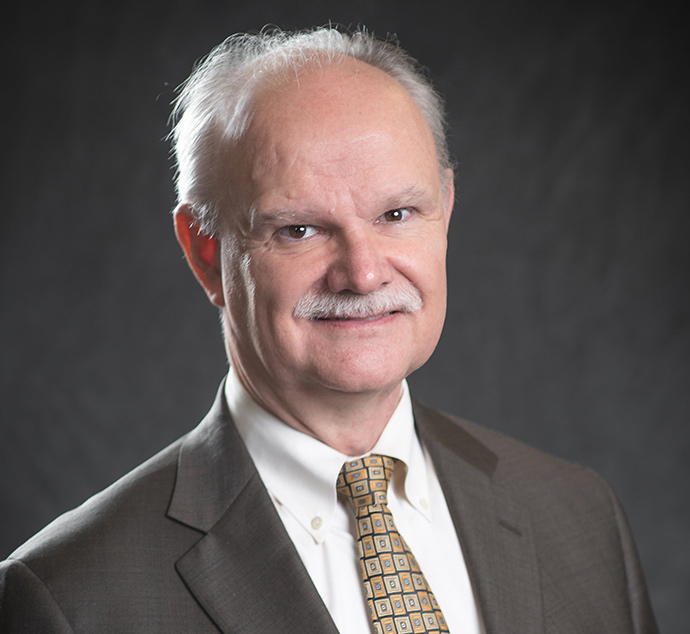 Robert P. Simpson, a registered patent attorney and founding partner of the firm, has been practicing intellectual property law since 1987. Mr. Simpson represents individual clients, small and large corporations, and universities, concentrating primarily in patent, trademark, copyright, trade secret, and unfair competition law. His patent and trademark practice includes counseling, searching and opinions, and the preparation and prosecution of patent and trademark applications, foreign and domestic. He has handled a number of trademark oppositions and cancellation proceedings, patent interference proceedings, patent and trademark ex parte appeals, re-examination and reissue proceedings, and has served as co-counsel in patent and trademark litigation. Mr. Simpson has prepared and prosecuted patent applications in a variety of technical art areas, including the mechanical, electrical, and electronic arts. He specializes in computer software and business method patent applications, and is a frequent speaker on the patentability of software related inventions. He has been privileged to represent some of the world's leading companies during his career, including General Electric, Eastman Kodak, Xerox, Lockheed Martin, Rolls-Royce plc, Honeywell, KLA-Tencor, and Schaeffler Technologies.

Mr. Simpson received a Bachelor of Science Degree in Electrical Engineering with honors from Rochester Institute of Technology, where he was elected to Tau Beta Pi, a national engineering honor society. Upon graduation, Mr. Simpson worked as an electrical design engineer for Westinghouse Electric Corporation and Siemens-Allis, designing polyphase induction motors. He received a Juris Doctor Degree from The University at Buffalo School of Law, where he served as Note and Comment Editor of the Buffalo Law Review, was a member of the Moot Court Board, and was elected to The Order of Barristers for excellence in the art of courtroom advocacy. He is presently an adjunct professor of Patent Law at the University at Buffalo School of Law, and an adjunct professor of Intellectual Property Law at Hilbert College. He has lectured at Niagara University, Palm Beach Atlantic University, and SBA-U (a service of the U.S. Small Business Administration.) He has also lectured on U.S. patent law to Japanese Patent Attorneys in Osaka and Tokyo, Japan.

Mr. Simpson holds an AV® rating from Martindale-Hubbell. An AV® rating signifies that a lawyer has reached the heights of professional excellence, and has been recognized for the highest levels of skill and integrity. He also holds Board Certification* in Intellectual Property Law from the Florida Bar. This certification identifies Mr. Simpson as a lawyer with special knowledge, skills, and proficiency in intellectual property law and distinguishes him as a specialist in this practice area. Mr. Simpson has been recognized many times by his peers for inclusion in Business First's Who's Who in Law, recognizing outstanding lawyers in Western New York. He has also been honored many times by Super Lawyers, a rating service of outstanding lawyers from more than 70 practice areas who have attained a high-degree of peer recognition and professional achievement. The selection process is multi-phased and includes independent research, peer nominations, and peer evaluations. 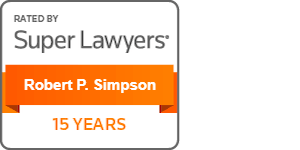